Transport for London are currently consulting on changes to the A10 at Bruce Grove (from the rail station south to Forster Road). The consultation is open until 7 December, please have your say via https://consultations.tfl.gov.uk/roads/bruce-grove/

These proposals were discussed at Haringey Cycling Campaign’s monthly meeting on the 14 November. Unfortunately, we found very little to recommend from a cycling perspective. The junction treatment outside Bruce Grove station is likely to benefit pedestrians and to a lesser extent those on bikes. However, in our view the remainder of the proposed work would decrease safety for people cycling, and as such we are requesting TfL go back to the drawing board and come back with something much better. Our reasoning is set out below – you may wish to raise these points in your response. Remember the consultation closes on 7 December!

The proposals include a dangerous and unnecessary pinch point
The new signalised pedestrian crossing proposes to narrow the existing carriageway width to 3m in each direction. We object to this creation of a pinch point, which seems unnecessary for pedestrian safety as the proposed crossing is signalised. We are concerned that the proposed narrowing will increase conflict between road users – in theory cycles should “take the lane” to prevent dangerous overtaking but this would only be a sensible approach on a road with light volumes of traffic travelling at low speeds. For what we think are obvious reasons, this approach is not applicable to this situation.

Proposals remove existing cycle provision
There is an existing cycle route (LCN 54) that crosses the High Rd at St Loys Rd. In 2003 and 2006 detailed proposals were made, but not implemented, to upgrade this crossing. There are presently cycle reservations to the north and south of the junction, which are at least some assistance in crossing the High Road. The present proposals include the removal of the south reservation and this is not an acceptable alteration as no replacement provision is shown.

Current proposals are incompatible with increasing cycle numbers
A 2007 Transport for London scheme for the A10 from Monument Way to St Loys Rd, consulted on but not implemented, included cycle lanes. There remains ample road space for comprehensive cycle provision. Indeed, as part of implementing Mini Holland, Enfield are currently consulting on a proposal for protected cycle tracks on the A1010 up to the Haringey border. Cycle Superhighway 1 does not provide a suitable alternative route, particularly with the decision not to filter through traffic on Broadwater Road. The A10 at Bruce Grove is and will remain heavily used by cycles: Planning policy for Tottenham regeneration seeks to reduce private car use and improving cycle provision in Enfield and Waltham Forest means that the ambition for the A10 should be as a main cycle route.

We therefore urge that these proposals are either redesigned or not taken forward as part of this scheme. 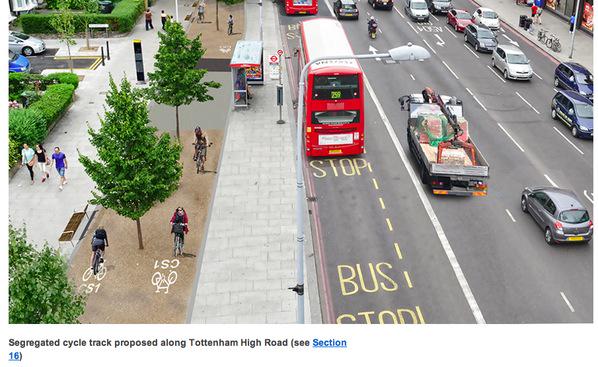 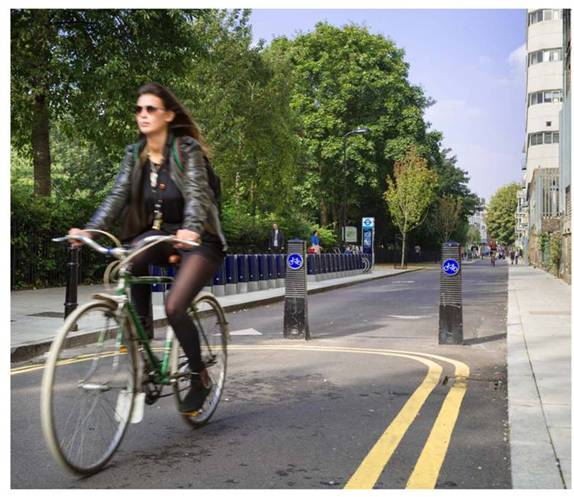 ‘Last published in 2005, the revised London Cycling Design Standards (LCDS) is a technical document that should inform design options and promote an integrated and ambitious approach to delivering high quality infrastructure for cycling in all parts of London.

It has now been comprehensively updated to reflect established and emerging best practice, and to help planners and designers meet the aspirations of the Mayor’s Vision for Cycling.’

Well it is a VERY hefty document – but we took time to look through it all, and Haringey Cycling Campaign responded to the London Cycling Design Standards consultation with a number of suggestions and comments. Michael Poteliakhoff, our Coordinator  put together a response with the following highlights:

We look forward to seeing the LCDS advice being put in to place in Haringey, and will endeavour to put pressure on Haringey Council to do so.