Haringey have recently published some Smarter Travel events happening in the borough in the coming months.

Details can be found here http://www.haringey.gov.uk/smartertravel and we’ll be working with the Smarter Travel Team to ‘join forces’ at many of these events. See you there! 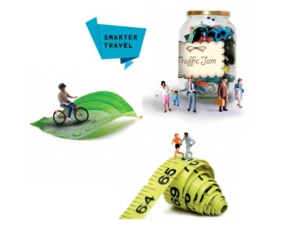 AC attended the 1st meeting.  He said the brief is being re-written to put more emphasis on pedestrians.  HCC should record support for present brief.  MP to forward brief to Nick Chitty.  MP said ASL enforcement by LBH could be raised in a future meeting.

GF said we should ask for North side cycle access direct to St Anne’s Road roundabout.  It was agreed we should ask for the risk assessment on this, but not link it to the loop proposals as these are fundamentally aimed at inexperienced cyclists.  MP will email draft consultant’s document to all present for comments.  MP will send comments and ask for meeting with LBH.

MP will give more comment on the pinch point, resurfacing and speed monitoring.

Update on Loop  (Post meeting note- should we give a date for a ride exploring the Loop?)

JV will write up E-W route to Lea Valley

MP will ask for update on progress with signing etc.

It was agreed a ride exploring the Loop would be good.  AR and SM could help organise HCC rides.

AC will chase up the proposal for cycle ramps at Hornsey Station.

PF will write a web site contribution on using ASL’s.

PF suggested we buy a trailer for £200 with a good number of hitches.  It was agreed PF will buy. Lead Member for the Environment

On behalf of HCC, the local Haringey group of the London Cycling campaign, I would like to express our thanks for your work and your officers work in improving HGV safety in the Borough.   I understand the Council is committed to achieving the aims of the LCC Pledge in the near future, with action taken by both the Councils main HGV operators and with driver training planned for the Councils own non-HGV drivers.

These efforts, together with those of other London Boroughs and Transport for London, will I am sure, contribute to a reduction in the disproportionate number of cyclist fatalities and serious accidents in London involving HGV’s.

The London Cycling Campaign also recognises that cyclists need to understand the “blind spots” in the view from an HGV cab and take account of this when on the road near an HGV.  This has been subject of publicity in “London Cyclist” and on the internet.   I believe that together we can make a difference to the number of these tragic accidents on London’s roads.

March 20, 2013 Michael
Present
Selena Calder
Adam Coffman
Anna Guidaniec
Joff Verby
Patrick Field
Michael Poteliakhoff
Apologies: Cllr Toni Mallett, Sally Morshead, Eliza Kaczynska-Nay, Nick Chitty, Andrew Rendle
HGV safety pledge/LCC local group meeting
MP had been very encouraged by the meeting with LBH on 21.2.13. He will chase up on Pledge. MP said the HGV discussion was in the context of a meeting covering a wide range of cycling issues and AC thought it would be good if HCC could attend on a regular basis.
HCC’s insert for London Cyclist
Deadline is 25th March. AG has some good “cycling in Haringey” photos. MP said it will be good to have the HGV event ahead of the deadline and write it up. AC would write something on the Haringey School Cycling League.
LBH cycling and walking study
MP outlined the brief for this. MP will scan documents and copy to AG and AC. He thought it would be useful if it produced a handbook of good practice aimed to achieve the objectives.
Crouch Hill road safety scheme – there are further queries on this
MP will respond.
Cycle sheds in front gardens
MP will continue our input to guidance on cycle shelter design and will express HCC support for a change in permitted development rules in the next round of government consultation. Post meeting note: There is a strong view in responses on the newsgroup that permission should not be needed for front garden shelters.
LCC funding, should we forgo this year?
It was agreed we should accept this years funding but spend more on attracting participation e.g in family rides with a float for teas at end of ride. We will order a banner. It can be in PVC logo on white and possibly with plain green side valances for use at tables.
Haringey Loop
The consultants report is not yet available.
AOB
School events – HCC could offer Dr Bike and LCC stall. SC said we need to talk to PTA’s. AG will write up for newsletter.
March 2, 2013 Michael

The seminar series, kicking off on 8th April with Andrew Gilligan (TfL Cycling Commissioner) and Danny Williams (Cyclists in the City blog, LCC City of London LCC) should be of interest to anyone looking for a better cycling environment for London.

For full details of the series see http://lcc.org.uk/pages/seminar-series

February 23, 2013March 2, 2013 Michael
HCC Meeting Monday 11th February 2013
Present
Adam Coffman
Bob Somers
Anna Guidaniec
Joff Verby
Michael Poteliakhoff
1. Report on meeting with LBH on 21/1/13, Tottenham Hale letter from TfL, HGV pledge
AC and MP had not heard from Toni Mallett re meeting with Nilgun Canver about HGV pledge and MP has suggested LBH fleet manager, who was due to attend meeting with TfL be asked to attend. LBH is rated 2 out of 5 by LCC. Post meeting note, following email from AC, MP attended a meeting with Cllrs Canver and Mallett and LBH officers and the outcome has been very positive. MP confirmed path from St Michael’s Terrace to Bounds Green Rd is being widened and resurfaced. MP has received positive letter from TfL on Tottenham Hale, confirming CS1 alignment has been allowed for.
2. Haringey Loop
MP and AC attended a CRIM ride with LBH officers, consultants and Cllr Toni Mallett to inspect. MP tabled the draft route. MP would share with consultants the comments from the local group meeting supporting the Western Road alignment.
3. Hornsey Heart
No developments to report. Post meeting note, it is understood from Tony Kennedy at LBH some funding will be used for the informal pedestrian/cycle crossing at the Greenway 4 crossing of Park Rd. Safety improvements at the Hornsey High St/ Hornsey Lane turning will be funded by section 106 money from the Hornsey depot development. This work will follow work on the railway bridge.
4. Cycle Storage
MP will talk to other groups when current Ealing/Haringey local discussions on guidance become public.
5. Winter Social
Timing was confirmed. GNRT can serve pancakes.
6. LBH Policy on pothole accident claims
MP said it appeared to be current policy to send out standard letters disclaiming responsibility.
7. Spring/Summer rides
It was agreed HCC should organise rides, as previously family rides were very popular.
8. AOB
AG said HCC has been asked to fill in form on group resources. AG will forward. MP reported on the recent Transport Forum, including “Go Dutch” presentation by Gerhard Weiss from LCC, which was well received and TfL pedestrian crossing timings at Bounds Green Rd, presented by TfL as a case study. It was hoped the 72 second max wait time at the Toucan crossing can be reduced.
January 19, 2013 admin

It was agreed the time should stay at 7.30pm and the Feb meeting should be held as normal

AG and GV will see if cycle shops can donate items for raffle.  AG will place order for 10 pizzas.  MP to do reminder in newsgroup and ask Sally M for cheque.

AC reported on the ride and said there are good existing routes, which are being incorporated.

Bob Somers has emailed the Council with a summary of that would improve conditions for cycling on or locally to the proposed route.

It was agreed unanimously that Elisa Kaczynka-Nay should be nominated.

AC outlined the scheme and said consultants have been asked to tender for project development.

There has been a consultation.  NC said the latest leaflet has mentioned Sustrans.  He has asked for information but has not received anything so far.

MP to do draft and AG will do graphics.

AR suggested we organise some rides in the summer  e.g Haringey Loop.

Just a reminder, that our monthly meeting for January, will be on Monday 14th, starting at 7.30pm.

We meet in the Grade II listed Great Northern Railway Tavern on Hornsey High Street. A beautifully restored pub, with a landlord who’s happy to accomodate group of Haringey Cyclists!  We can be found on the large table to your left, as you enter the rear section of the pub.

Here’s what we’ll be discussing for starters…