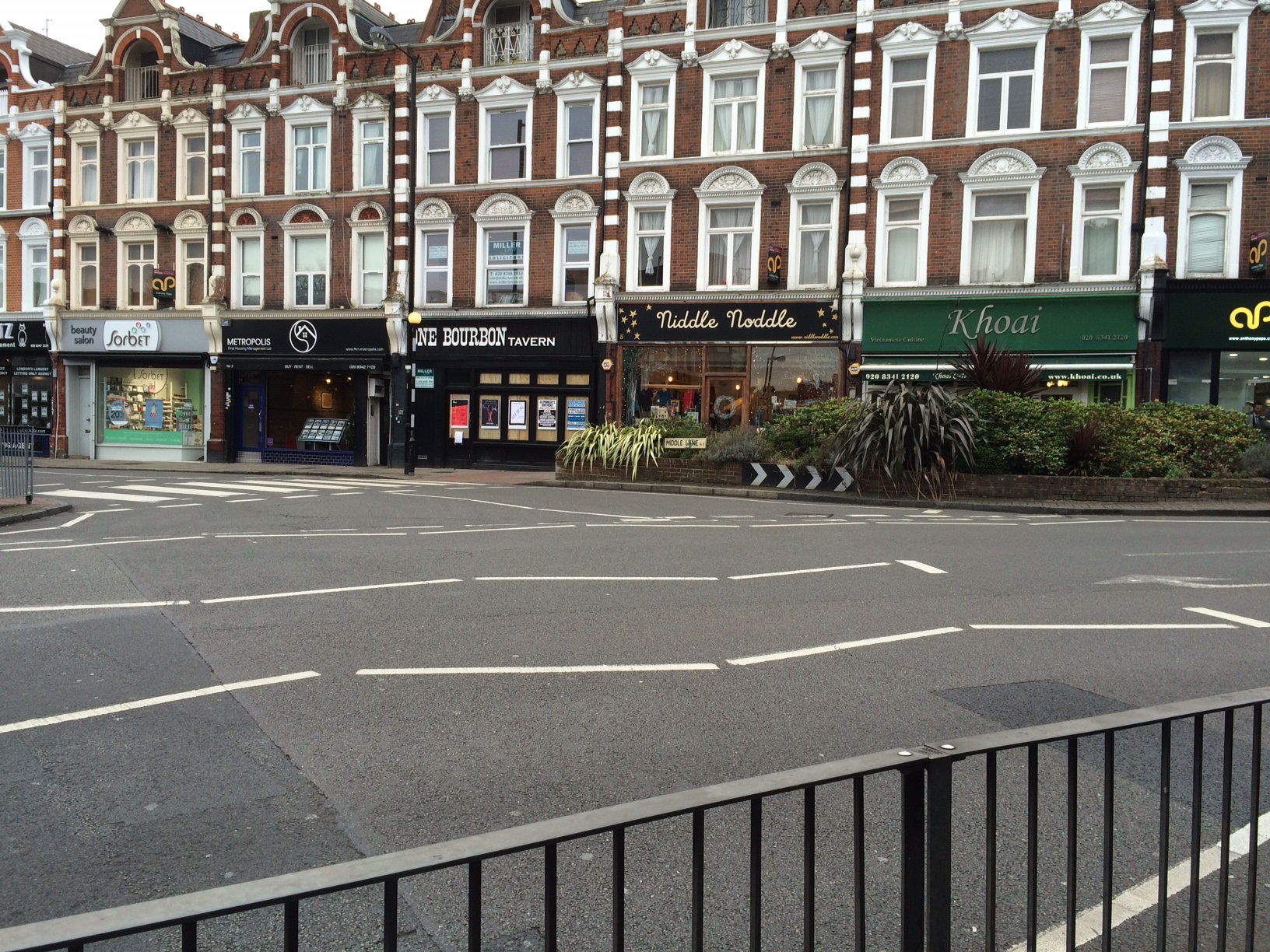 UPDATE 17 Nov – we received the news last night that the proposal for a mini-roundabout has been dropped. We look forward to seeing an alternative proposal come forward.

Met with Cllr Ahmet and officers this evening. A proposal is on its way which retains a planter, and ditches the mini-roundabout.

Haringey Cycling Campaign were first consulted on these proposals in July this year. We objected at that time on the grounds that the proposals were not compliant with Transport for London’s London Cycle Design Standards (LCDS) and as such would be detrimental to the safety of people cycling through this junction. At that time we suggested an alternative light-touch junction alteration, pending a more extensive area-wide scheme being brought forward, would be to place the existing zebra crossings on raised tables to slow vehicle speeds and improve safety for all road users.

LCDS, paragraph 5.5.4 states: Mini-roundabouts are not generally recommended for inclusion on cycle routes. The main problems they raise are failure of vehicles to observe give way due to the geometry and failure to reduce speed through the junction. Where they exist, they should be considered for replacement where they have more than one entry lane and/or where there is an angle approaching 180 degrees between the entry and exit arms (and therefore little horizontal deflection).

Collision statistics for the last 5 years at this location (2 slightly injured cyclists, 2 slightly injured pedestrians and one slightly injured motorcycle rider, all in collision with motor vehicles, with no recorded injuries at this junction since 2013) suggest that this junction is not exceptionally dangerous in the context of other nearby junctions. It is probable that some of these injuries to cyclists and pedestrians were caused by failure of vehicles to observe give way… and failure to reduce speed through the junction. A mini-roundabout at this location, given the proposal includes an angle approaching 180 degrees between the entry and exit arms and other issues described by LCDS, is likely to increase such risks to vulnerable road users.

In the longer term we would like to see a scheme put forward that minimises or eliminates turning conflicts at this junction. A more ambitious scheme could deliver this alongside increased green space, including sustainable drainage features to unlock multiple benefits to people and the environment at this location. The proposal for a mini-roundabout is dangerous and should not be taken forward.